On May 4, 1945, in the afternoon, in Marshal Montgomery’s tent headquarters, on the Timeloberg Hill in Weschen Evern near Luneburg, 50 km south of Hamburg, Admiral Hans-Georg von Friedeburg, after receiving the consent of Admiral Dönitz, Hitler’s successor, signed the act of unconditional surrender of all German armed forces in the Netherlands, northwest Germany and Denmark. Bilateral cessation of fire was agreed the next day, May 5 at 8 am.

The day before von Friedeburg had heard from Montgomery that he had a choice: “either immediate, unconditional surrender of his subordinate troops, or Polish 1st Armoured Division and Canadian troops shall destroy the cities of Jever and Aurich before they start with a ruthless attack on Wilhelmshaven.”

News of the surrender of  Germans reached the commander of the 1st Canadian Army at 20:35; shortly after that General Crerar passed it to General Maczek and General Keefler, the commander of the Canadian 3rd Infantry Division, which, along with the 1st  Armored Division, were preparing for the final attack announced by Marshal Montgomery. Gen. Maczek gave the order to end the enemy fire at 07.59 in the morning, May 5.

That evening, the division’s reconnaissance troops arrived at Astederfeld, just 20 km from Jever and Wilhelmshaven.

Gen. Maczek,  the chief of staff and other division commanders subordinate to the 2nd Canadian Corps of the 1st Army took part in the act of surrender the group of German troops to the 2nd Corps. The event was led by Corps’ Commander General Simonds.

“In the large hall of the Corps Headquarters in Bad Zwischenahn, Gen. Simonds, chief of staff and commanders of the corps divisions, took seats behind a long table. The lack of any other chairs in the room shown that there would not be a hint of courtesy towards German officers. I sat next to the corps commander.

They walked in, lined up in front of the table, saluted and stood at attention. Slightly different from those German soldiers taken to captivity in the dust of battle, with the battle emotions unexploded yet on the face. Faces drawn and harsh, behind this mask anything and everything  could be hidden.

General Straube begun saying something but he was interrupted by a gesture of impatience by General Simonds: “You didn’t come here to negotiate with us – all you have to do is listening to the instruments  of unconditional surrender”.

Point by point, in a hard, emphatic voice, he began to read these conditions and the names of the particular corps units which would govern the zones of occupation: “2nd Canadian Infantry Division – area on the Weser, 4th Canadian Armoured Division – to the west. “

For the first time, the faces of German officers still standing at attention went through a contraction; the eyes of the Germans, who had avoided me before, turned to me, to my Polish uniform.

I don’t think they need to be reminded that they started this terrible war on us and that today they are laying down their weapons in front of one of several constantly fighting Polish units.

The Polish division, fighting in West Germany, will occupy a piece of land in this West Germany. This is probably the first time in our history so rich in struggling with Germany. “

The area of occupation will extend from Wilhelmshaven to Jever and up to the North Sea, including the two islands of Wangerooge and Spikeroog.

SURRENDER OF WILHELMSHAVEN – KRIEGSMARINE PORT AND THE SEA BASE

In the morning of May 6, German officers-guides were waiting with designated points with the white armbands, who were to safely lead the columns of the 1st Armoured Division through minefields and removed barricades. Columns of Polish tanks and motorized troops passed the German troops gathering in silence and grave mood. Along the road, stood abandoned guns, among them a series of 88 mm guns, from which Germans fired at Polish tanks from outside the strongly fortified Wilhelmshaven fortress belt.

In total, to the 1st  Polish Armoured Division have been surrendered in Wilhelmshaven:

The formal act of submission to the German fleet took place aboard the British ship HMS Royal Rupert, in front of British Admiral Goult, acompanied of Col. Grudziński and Commander Condor. It had a similarly emotional course for us Poles as in Bad Zwischenahn, and a similar meaning of the presence of a representative of the Polish armed forces in this event.

At the entrance to Wilhelmshaven, on the arch of the port gate soldiers of General Maczek were greeted by a Polish eagle, removed in 1939 from the building of the Fleet Command in Gdynia. It was taken as loot by the Germans to Wilhelmshaven, the cradle of the German Navy. Now the Polish eagle was delivered to the representative of the Polish Navy and together with – for a change – German eagle removed from the arch of the gates, it was brought to England on board the  Polish light cruiser “Konrad”. 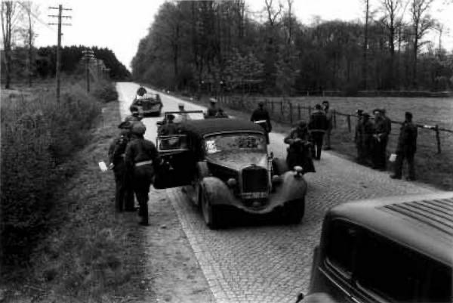 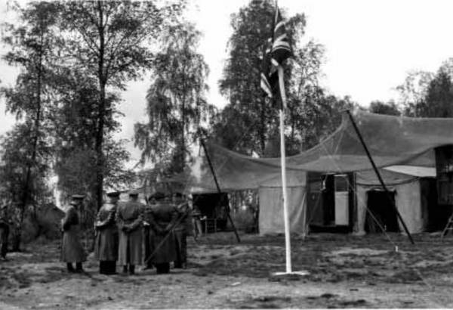 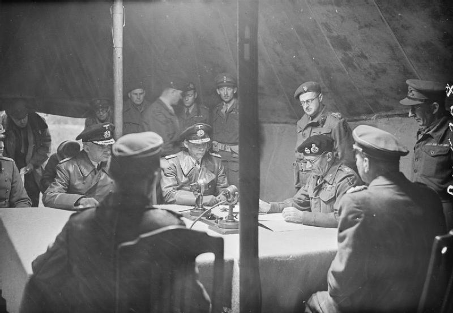 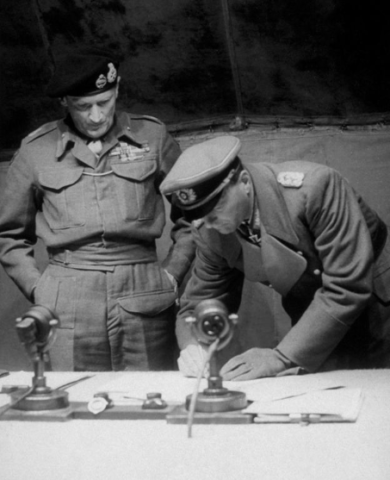 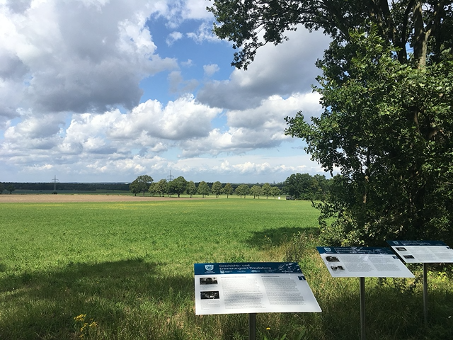 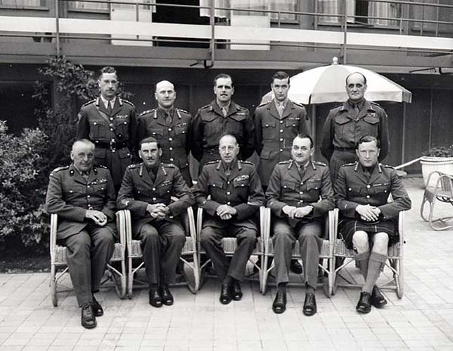 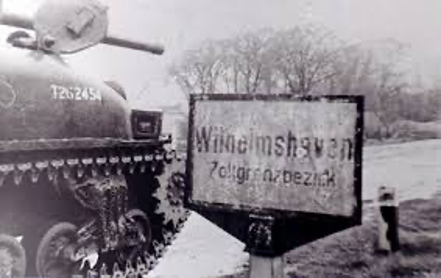 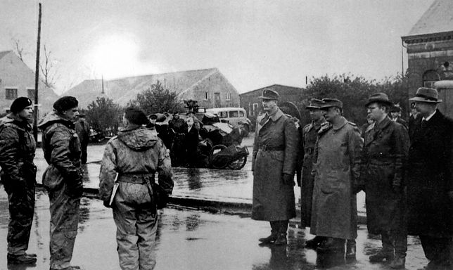 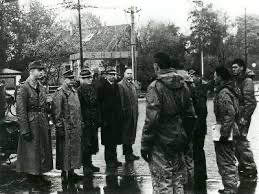 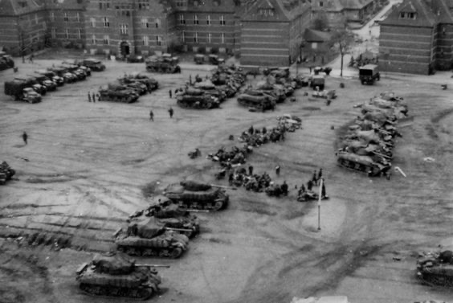 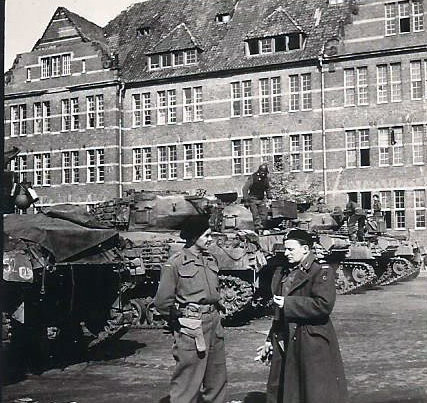 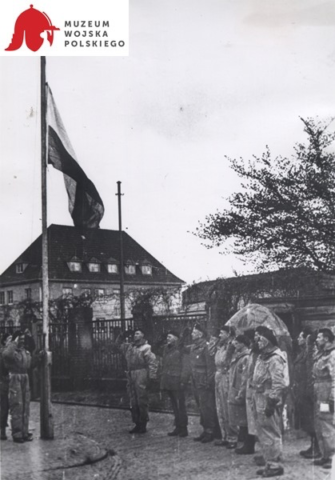 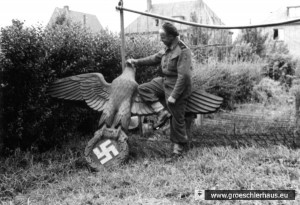 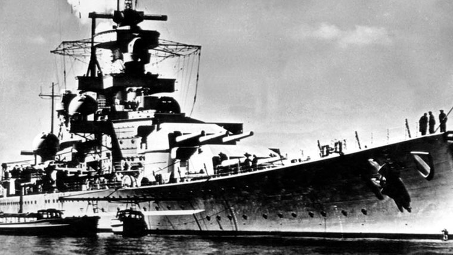 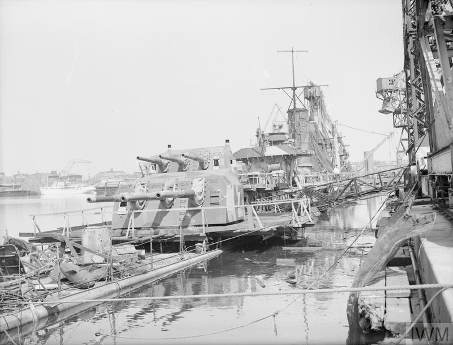 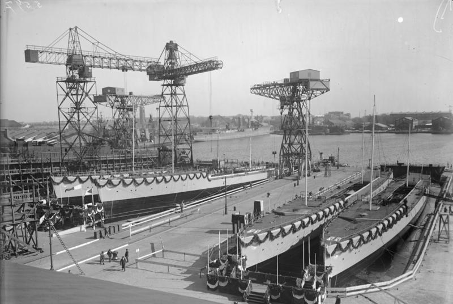 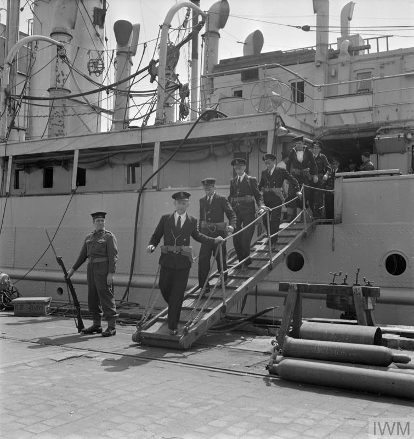 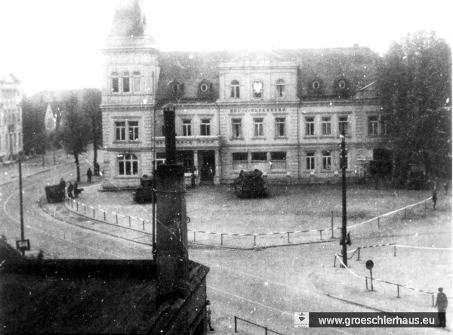 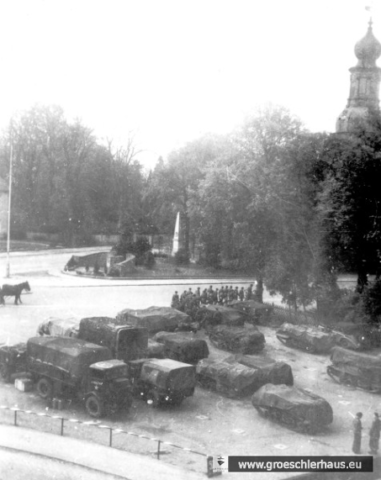